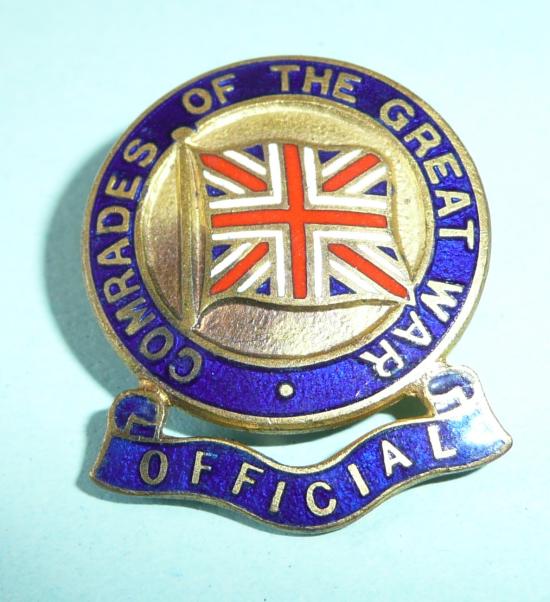 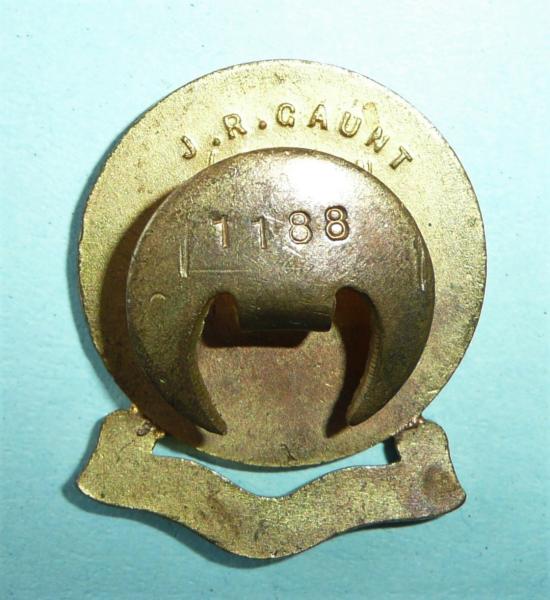 A scarce official's lapel badge with original horseshoe fitting with number 1188 and maker marked JR Gaunt London. The official scroll is part of the design. Some staining to gilt otherwise in very good condition with no damage to the enamel.

Comrades of The Great War were formed in 1917 for ex-service men and women who had served or had been discharged from service during First World War. They were one of the original four ex-service associations that amalgamated in May 1921 to form The British Legion.

On hold for MG