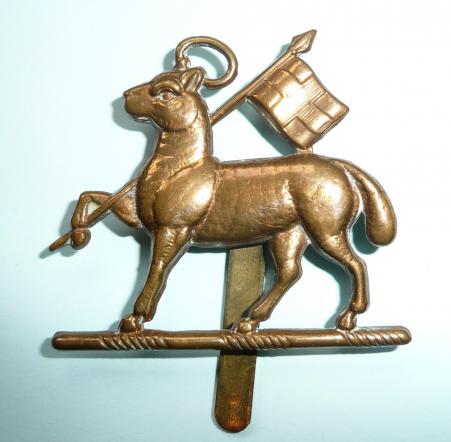 This pattern was introduced with the change of title and was worn from 1920 onwards until a smaller pattern of this design was introduced towards the end of WW2. In good condition with original slider. It has some polishing from service wear and is possibly lacquered, but an attractive badge overall.

The final photo shows this badge against the earlier pattern and listed for sale... read more 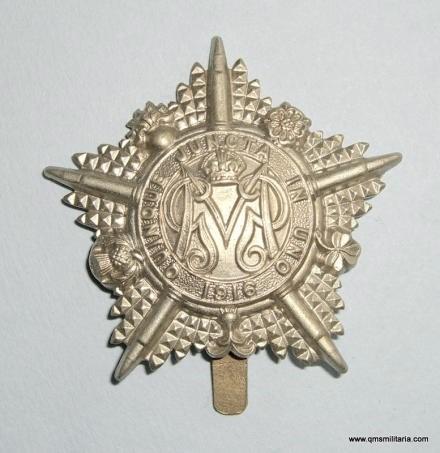 A WW1 issue die struck cap badge worn only 1917-18 by the Guards Machine Gun Battalion with original slider. much reproduced, this is a genuine example in very good condition with some service wear to the slider. A good stiff badge, well made. Circa 5cm by 5.1cm. Scarce. Redesignated 8th May 1918 as the Guards Machine Gun Regiment (see item listed below). 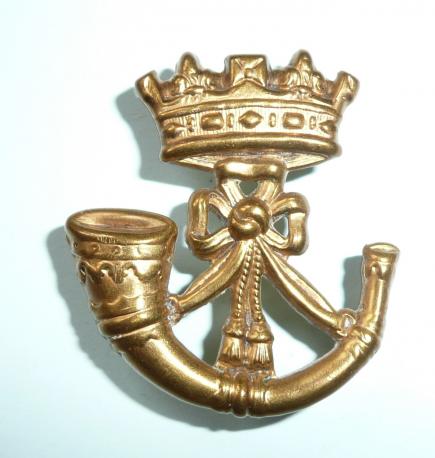 Die struck quality yellow brass cap badge with three original dark toned loops to the reverse. Some squeezing to loops and twisting but still functional. Sharp detail and scarce. Gaylor (p37) states this pattern worn prior to 1901, although the 1900 Dress Regulations for the British Army show the new white metal badge with the scroll "Cornwall". Ivall & Thomas confirm it was worn from 1896 ... read more 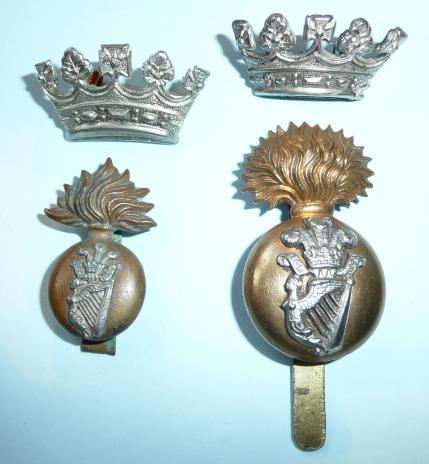 See p38 of "A Monstrous Piece of Cloth - The Brodrick Cap" by Toby Brayley for a photo of this larger badge being worn, with a separate coronet above, on the unpopular and short-lived Brodrick cap. Incidentally, this wonderful book was recently sent for free to m... read more 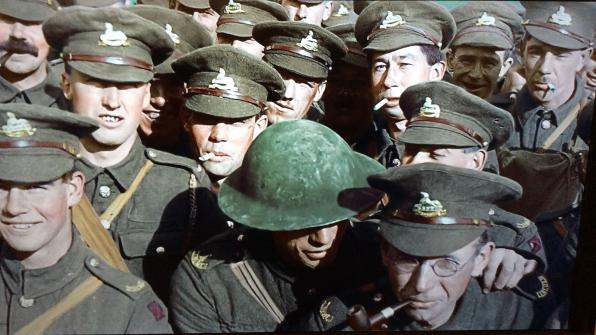 Covering the Boer War, WW1 and the re-organisations of the early 1920s, this section attempts to bring together in order of precedence all of the other ranks cap badges worn during this period. It may include Victorian issues, Edwardian lugged issues, Slidered WW1 examples and also WW1 brass economy versions. I have only attempted to differentiate b... read more 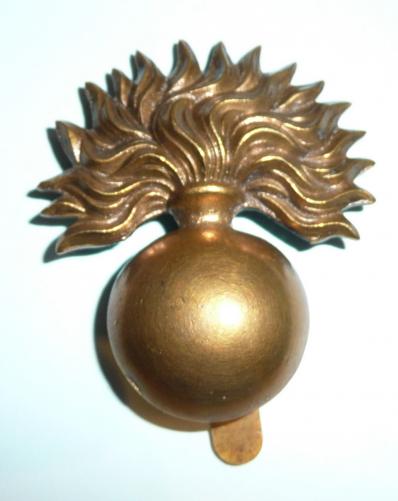 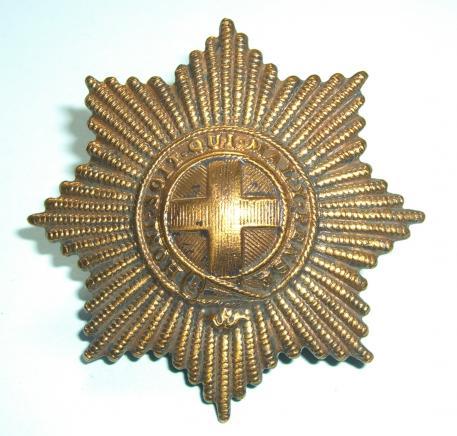 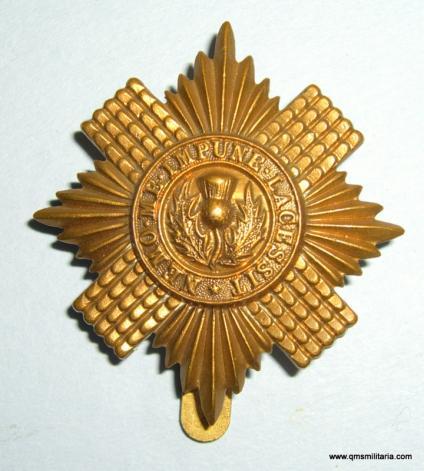 In good condition with sharp detail and original slider to the reverse. Possibly a WW1 issue with a slider. Usually encountered with lugs. 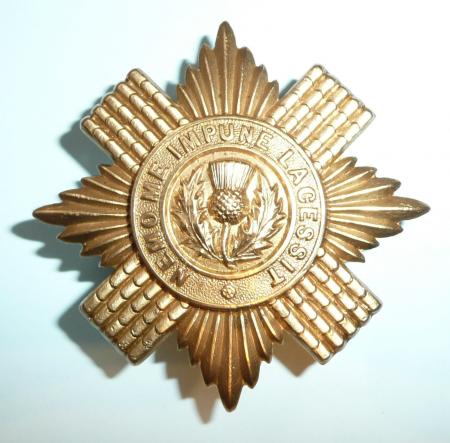 
A larger version of the standard pattern star ( K&K Vol 1 No 908) - with two lugs to reverse. Circa 5.1cm across. In very good condition. See the final photo for a comparison with its smaller cousin listed separately for sale. The latter is circa 4.2cm across). In superb condition. 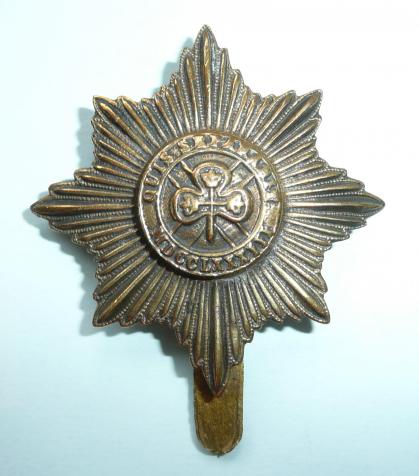