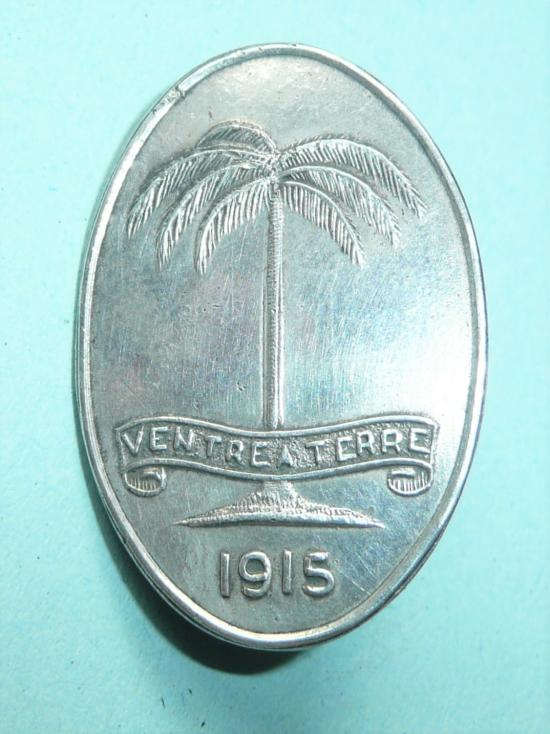 An attractive die-cast unmarked silver example with Palm tree and "Ventre A Terre" scroll with original pin fitting and clasp with safety lock. Dark toned to reverse and some bending to the pin but still fully functional. Circa 3.5cms tall. Rare, only seen one other.

Formed in Egypt in 1915, the Squadron had a unit of the Australian Flying Corps (AFC) attached to it. During 19... read more 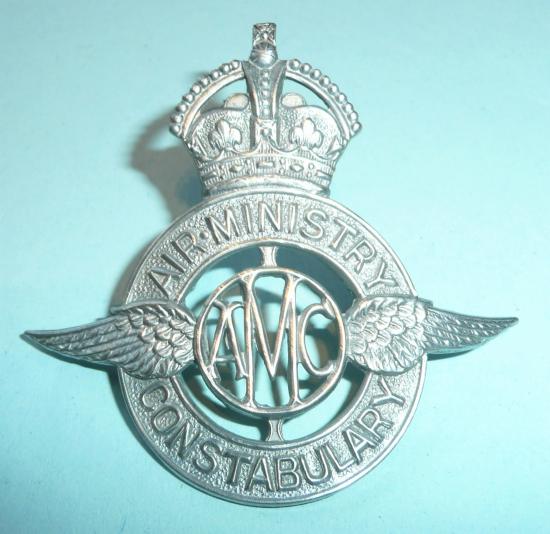 A large die struck badge with two original loops to the reverse. King's Crown so pre 1952. In very good condition. The force was created in 1942 and existed as such until 1964. Associated with the Royal Air Force (RAF), guarding military airfields etc,. 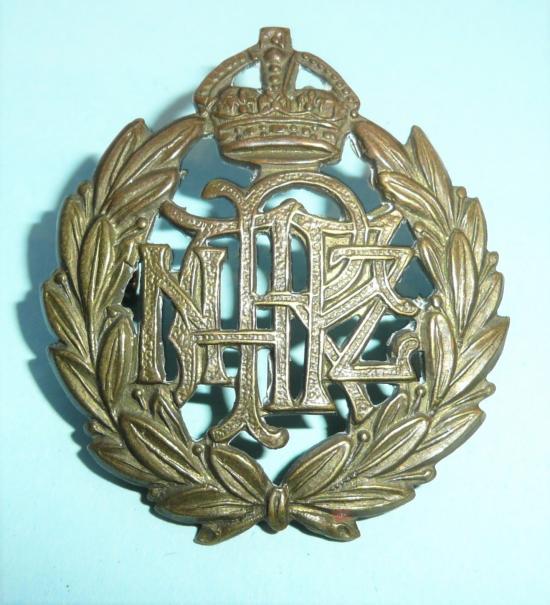 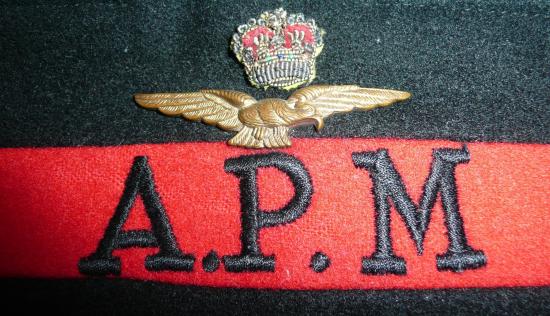 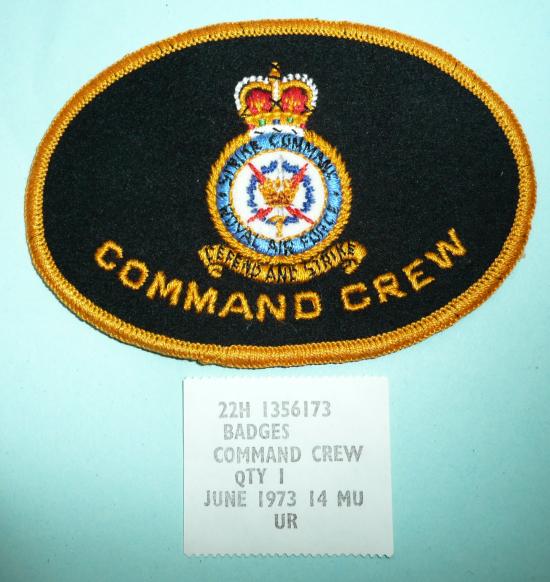 RAF Strike Command badge (QEII crown) above the words - 'Command Crew'. In good condition. The late Professor Charles Thomas speculated this was a probably for some RAF entry into some inter-allied competition. Luckily this one comes with its issue slip and reference number paper which dates it to June 1973 and it was issued by 14 MU (Maintenance Unit) - the logistics set up at RAF Carlisle... read more

A pair of king's crown bullion wire embroidered and padded pilot's qualification wings. The white metal fouled anchor within a wreath surmounted by the crown flanked by a pair of wings. Circa 9cms wide including backing felt cloth. Removed from uniform and in very good condition. 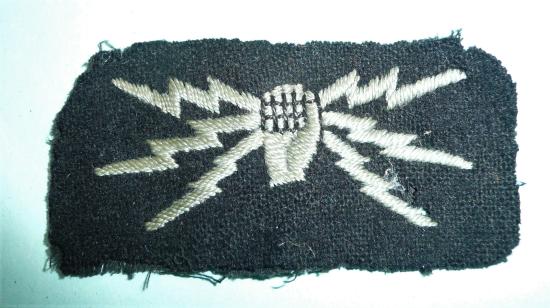 Removed from uniform but in reasonable overall condition with a few ragged edges and a small hole in the material below the bottom right lightning fork. As worn on right sleeve above rank and below the Albatross by RAF and WRAF personnel. 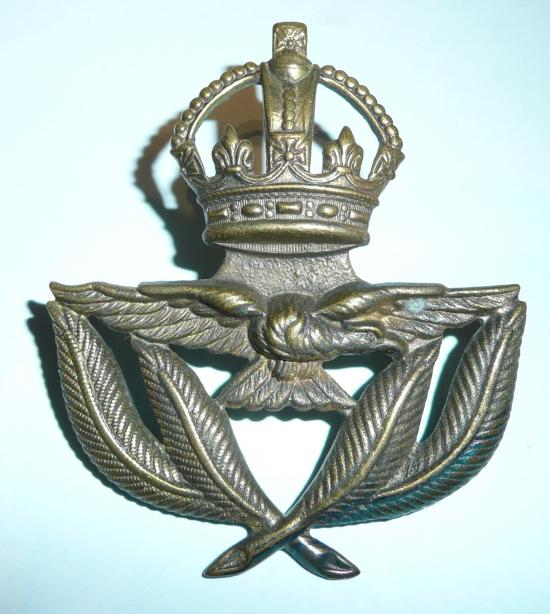 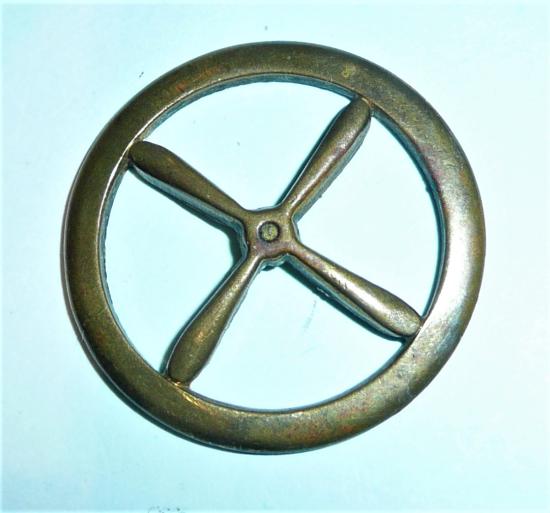 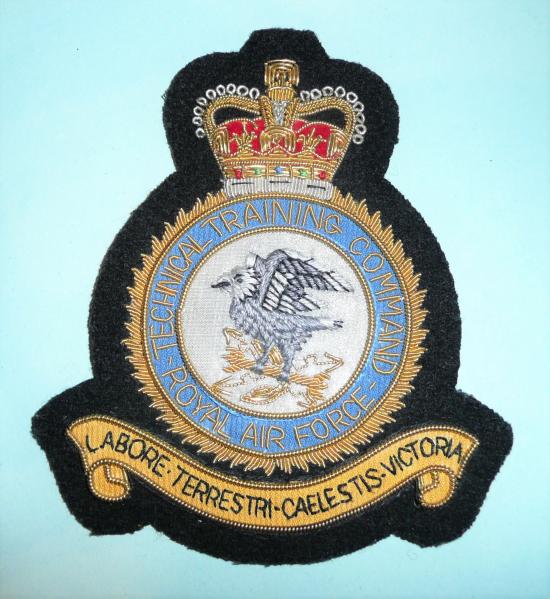 A lovely old badge with a grey eagle to centre, QE2 badge, in fabulous condition.